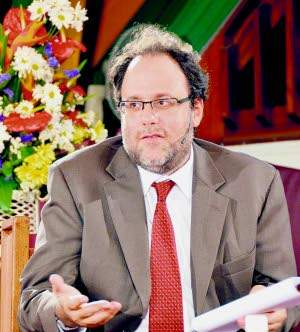 OPPOSITION Members of Parliament (MPs) raised concerns about some of the provisions of the Data Protection Act at yesterday’s second meeting of the joint select committee of the House of Representatives which is examining the legislation, urging caution in the implementation of a compliance regime that could undermine the competitiveness of certain businesses.

St Andrew Southern MP Mark Golding stressed that legislators should be especially cognisant of the effects of the Bill on companies, such as those involved in business process outsourcing operations, which is an export service on which Jamaica is now heavily dependent for economic growth.

“It’s an industry which Jamaica has been relying on as a major contributor to new jobs, and which is sensitive to international competitiveness. I am a bit concerned about the applicability of this regime to that activity in terms of the regulatory costs that would be imposed on these firms. This is a very important issue that we must be mindful of,” he said.

Golding further argued that, while he is not suggesting that standards be compromised, legislation must consider the economic context in which it will be applied.

“We sometimes, in trying to ensure compliance with the best of the best, ignore some of the realities that our economic players and citizens have to deal with, in terms of the size of their firms, their cost structure, their revenues, [etc],” he said.

The Opposition MP said he had concerns that some of the provisions of the law are being driven by the Economic Partnership Agreement (EPA) which Jamaica and other CARIFORUM countries signed with the European Union (EU) in 2008, but has not yet ratified.

The Bill seeks to secure the confidentiality of personal data held by government and other entities, and provides for the rights of individuals in relation to their data held by those entities.

BPOs To Showcase Products And Services A...

Herbert I. Finch becomes president during the ‘Roaring Twenties’ of general prosperity. But by the end of his ...

Outsource2Jamaica in Support of BPO Grow...

Emerson introduces the Parker scalloped blade design, moving air more quietly and efficiently. Which are then ...

The GSAJ Incubator initiative has served us and other players in the industry well, as a new firm you don't have to focus on findi...

Director of Operations - Real Time Solutions
The GSAJ has provided us with great customer leads through their thought leadership in executive search. GSAJ is considered more o...

CEO - Neveast Office Supplies
Teleperformance is one of the most tenured BPO's in the market. It owes its success to the local talent, partnership with the GSAJ...

The GSAJ represents the interest of the Information Communications Technology and the Outsourcing Sector. Outsourcing includes: GSS, KPO and ITeS sub-sectors. The GSAJ strives to create a business environment conducive to the growth and development of Jamaica's outsourcing industry.